Human rights lawyer, writer and PEN Turkey member Muharrem Erbey was arrested in Diyarbakır, south-eastern Turkey, in December 2009. He is one of scores of lawyers, politicians, writers, journalists, publishers, trade unionists and academics detained as part of a wide-reaching anti-terror probe into pro-Kurdish intellectuals, political activists and civil society organisations in Turkey. December 2013 marked the fourth year of his incarceration as the trial against him and some 80 others continues to be heard. The next hearing of his trial is scheduled to start on 13 January 2014. Muharrem Erbey has worked for many years as a highly respected human rights lawyer and advocate in the southeast of Turkey, compiling reports on disappearances, torture and extra-judicial killings in the region, and representing local individuals in provincial, national and international courts, including the European Court of Human Rights. In 2008, Erbey became Vice President of the Human Rights Association (İHD), one of Turkey’s most reputable human rights NGOs, having served as President of the Diyarbakır branch for many years. In addition to his work as a human rights lawyer and advocate, Erbey is also a published writer, editor and columnist, and has written numerous articles on culture and human rights for a wide range of magazines, newspapers and websites. In 2007, Erbey co-edited a collection of Turkish and Kurdish language stories by 35 authors, which was distributed to local people for free by the Diyarbakır Metropolitan Municipality. Erbey successfully defended the mayor who had organised this publication when he was tried under a law prohibiting use of the Kurdish alphabet, a law which has since been annulled.
http://www.pen-international.org/wp-content/themes/Pen_International/img......); line-height: 1; max-width: 570px; background-position: 50% 50%; background-repeat: no-repeat no-repeat;" title="A postcard from Muharrem Erbey to an English PEN member " src="http://www.pen-international.org/wp-content/uploads/2014/01/A-postcard-f..." alt="" width="620" height="398">
A postcard from Muharrem Erbey to an English PEN member

Muharrem Erbey was among 80 people across the region to be arrested in connection with the Koma Civakên Kurdistan (KCK) (Union of Communities in Kurdistan), the alleged political front for the outlawed Kurdistan Workers’ Party (PKK). According to reports, members of the Anti-Terror Unit of the Diyarbakır Security Directorate took Erbey from his home in the early hours of 24 December 2009. At the time of his arrest, the offices of the İHD were searched and documentation, including archives detailing serious human rights violations that have taken place over the past two decades, was seized. Erbey has since been charged under Article 314/2 of the Turkish Penal Code (‘membership of an armed organisation’). He continues to be held in Diyarbakır D Type Prison awaiting the conclusion of his trial. In a letter to PEN to mark the Day of the Imprisoned Writer (15 November 2012) Erbey explained his detention thus: I have been incarcerated for the last three years… because of the speeches I have made on human rights and the peaceful resolution of the Kurdish issue at parliaments in Britain, Sweden, Belgium and at the UN in Geneva. My speeches and comments never contained words of violence. The indictment against Erbey accuses him of attempting to humiliate the Turkish state in speeches given in the Swedish, Belgian and UK Parliaments; of financing KCK with money from a grant obtained in İHD’s name from an EU Member State; of being involved in the drafting of a constitution by the PKK-linked Democratic Community Congress (KCD); of being Diyarbakir Mayor Osman Baydemir’s lawyer, and meeting with him frequently; of following a number of anti-terror trials voluntarily; of making statements to Kurdish-language satellite channel Roj TV (alleged to be the ‘PKK’s mouthpiece; of participating in various demonstrations via his press releases; of attempting to humiliate Turkish security forces; of providing KCK with morale and motivation; and of taking part in various activities in order to incite public disorder.
http://www.pen-international.org/wp-content/themes/Pen_International/img......); line-height: 1; max-width: 570px; background-position: 50% 50%; background-repeat: no-repeat no-repeat;" title="A postcard from Muharrem Erbaey to a member of Danish PEN " src="http://www.pen-international.org/wp-content/uploads/2014/01/A-letter-fro..." alt="" width="300" height="174">
A postcard from Muharrem Erbaey to a member of Danish PEN

PEN is gravely concerned that the charges against Muharrem Erbey are politically motivated, and that he is being held because of his alleged affiliation with Kurdish political parties. We are therefore calling for his immediate and unconditional release from prison, in accordance with his right to freedom of expression and association, as guaranteed by the International Covenant on Civil and Political Rights and the European Convention on Human and Democratic Rights, to which Turkey is a signatory. Please Take Action
There are a number of actions that PEN members can take:
• Write to your country’s Turkish ambassador (contact details of Turkish embassies worldwide can be found here);
• (for European centres) Raise Muharrem Erbey’s case with your Member of European Parliament (MEP);
• Write letters and postcards of support to Muharrem Erbey in prison. Such correspondence can provide an important psychological lift and has been greatly appreciated by Muharrem Erbey in the past;
• Write blog pieces about Muharrem Erbey’s case and share these on social media, particularly around the date of his next trial session (13 January 2014);
• Write articles and letters that will raise awareness of Muharrem Erbey’s case in your local and national media. Muharrem Erbey’s Prison Address
Muharrem Erbey
Diyarbakır D Tipi Yüksek Güvenlikli Kapalı Ceza İnfaz Kurumu
Diyarbakır
Turkey
Please let us know of any action you take, and of any responses you receive from officials or from Muharrem Erbey himself by emailing PEN International’s Turkey researcher, [email protected]. 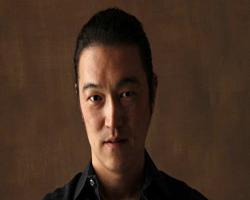 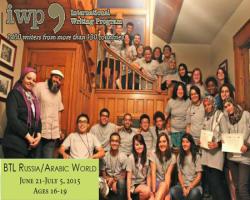 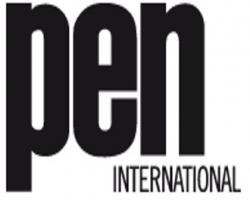 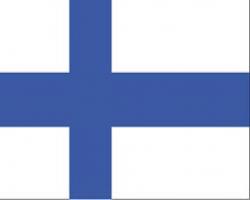